The 10-second video showed a stadium, snow-covered expanses, a giant bridge, and so on. Also at the very end they showed the street of Verdansk itself. Judging by the weapons and environment, the events take place in the 80s of the last century.

This is also indicated by the absence of a dam, aqueducts and a radar station.

In addition to various buildings in Valheim, modifications are also created for the popular game. This mod allows you to play the survival game with a VR headset, mouse and keyboard. 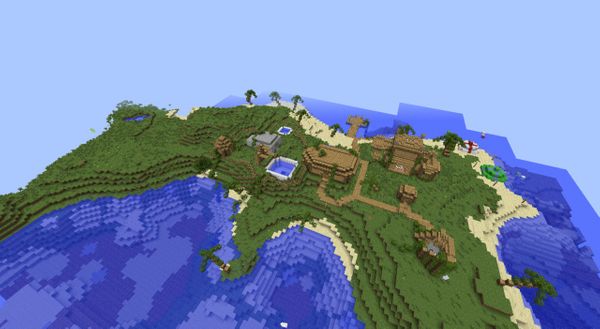 Minecraft continues to recreate real places on our planet. This time the user reproduced the Hawaiian Islands on the game map. At the same time, satellite images and NASA data were used as a basis, which made it possible to make an exact virtual copy of the archipelago.