In the video, youtuber used the Wabbajack program, which has assemblies with a huge number of mods for many games. Among the modifications installed in the game, one can distinguish the FNENB mod, which makes the picture more realistic, and Reshade, which improves the color gamut. 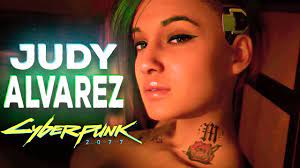 Nib Studio has announced the first figure of Judy Alvarez from Cyberpunk 2077 that can be stripped naked. The manufacturer decided to portray the character in a seated position with a cigar in his hands.

Harem Studio and River Studio have announced the first Lady Dimitrescu action figure from the Resident Evil Village horror movie that can be stripped naked. It was made in 1/4 scale (height - 71 centimeters, width - 52 centimeters).