Judging by the video, all the characters will be voiced.

Since the release is just in 3 days we decided to give you a little sneak peek of what can you expect in The Witcher: Monster Slayer.

Our game is not only about killing monsters, get ready to explore the immersive story with unique characters and build up your legend! pic.twitter.com/zB3du833Pz

Also, the developers shared new details of their project. At the start of the game, there will be a full first season of story quests. After the release, the authors plan to release updates that will gradually expand the main plot. The release will have several languages: Russian, English, Polish, Brazilian, Portuguese, German, Spanish, French, Italian and Japanese. More languages ​​may appear in the future.

The developers are currently working on a version that will run on phones that do not support ARCore technology.

The authors also announced that they will give Kaer Morhen's steel sword to all players who enter the project within the first week after release.

Harem Studio and River Studio have announced the first Lady Dimitrescu action figure from the Resident Evil Village horror movie that can be stripped naked. It was made in 1/4 scale (height - 71 centimeters, width - 52 centimeters). 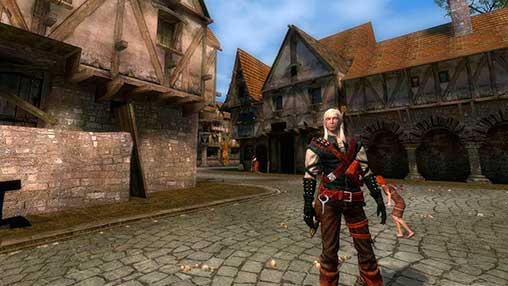 Sebastian Zielinski, head of development for the first part of The Witcher and former head of CD Projekt RED, showed what Geralt, one of the most recognizable characters in video games, originally looked like.