In an interview with reporters, the executive producer of the project, Aaron McHardy, explained that this decision was made due to the company's desire to keep the game's system requirements at the same level.

“When we looked at what generation to put the PC game on, we looked at our fans and what capabilities they had with the hardware they have.

And we have that information to understand what the power of the PCs out there in the world are. And when we looked at that, in order to run the gen five game, our min spec would have been at a spot that would have left a lot of people out in the cold not being able to play the game.

So we made the choice to keep the PC version of the game on the gen four version of FIFA so that we can open the doors and be inclusive to everybody who wants to play FIFA.”

As a result of this research, EA concluded that if new technologies are used, the game's system requirements will jump so much that a large part of gamers will not be able to run the game even at the minimum specifications. That is why the Americans refused to release a football simulator on the PC that matches what was created for the PlayStation 5 and Xbox Series S/X.

Another thread related to Assassin's Creed Valhalla is gaining popularity on Reddit. This time the reason for the discussion was the models of children from the new game from Ubisoft. 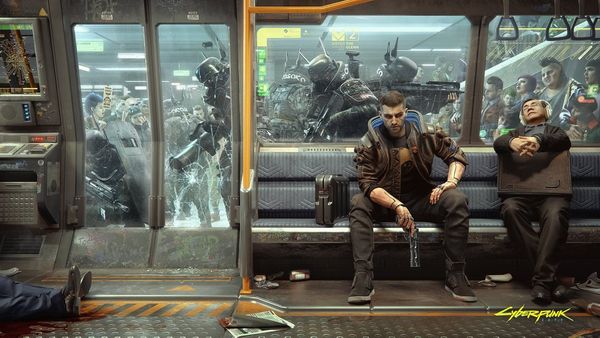 The graphics component of Cyberpunk 2077 has long haunted gamers. Not so long ago, another video appeared on the network, which compared the picture of the CD Projekt RED game on consoles and PCs.